Latest news from research project: The story behind a slaughter scene – and an unidentified wax seal

November is time for slaughtering – and homemade rummelpots! Angela Jager and Jørgen Wadum tell the story behind the eager children in the work The pig slaughter, signed J. Molenaer.  And welcome help identifying the beautiful wax seal on the back of the painting.

The month of November is traditionally the time for slaughter and was generally in the Dutch Republic referred to as the month of slaughter. Paintings representing autumn or November often show a pig to be slaughtered after fattening up over the summer so that pork and meat can be preserved for the winter. 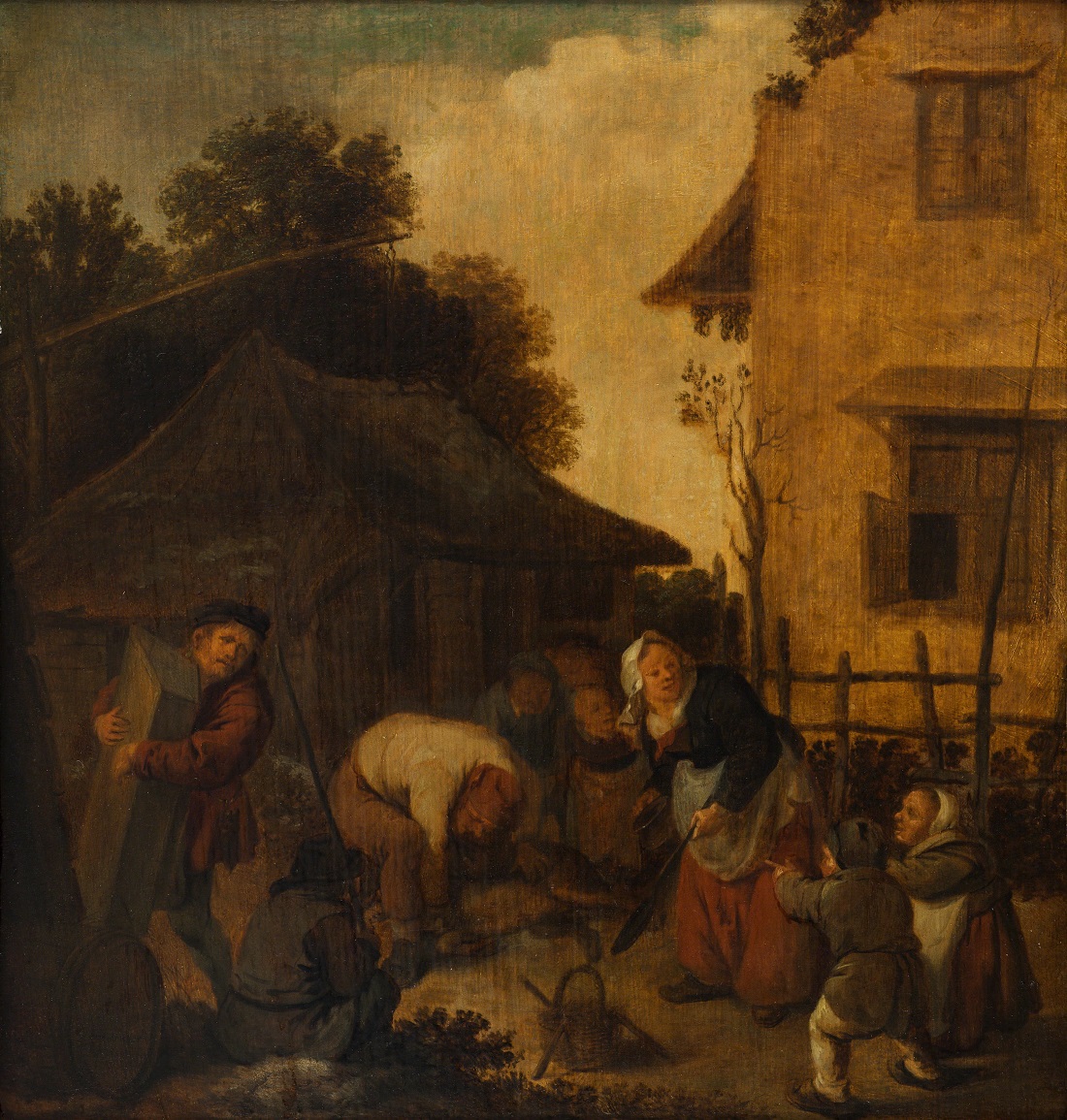 In this painting, The pig slaughter, signed J. Molenaer (oil on panel, 30 x 28 cm) we see a peasant family gathered in a courtyard behind their house. A professional butcher has been invited to perform the killing and cut the meat to be dried in the fireplace and kept for the winter. To the left the father is fetching the through in which the intestines would be cleaned. The woman is waiting with a pot to catch the pig’s blood and a flat iron pan to cook the blood until it gets thick enough to be stuffed in the intestines for blood sausages.

The pig’s bladder for a rommelpot
The children are all present during the event too, hoping to be the one who secures ownership of the desirable pig’s bladder. This would be used to make the rommelpot, an instrument essential for Shrove Tuesday.

The rommelpot was made as follows: the pig’s bladder was blown up with a pipe and hung to dry in the fireplace. When dry like parchment it would be stretched over a pot, bowl or bottle with in the centre of the bladder a reed, which would produce a dull sound when moved up and down. On Shrove Tuesday, the children would go from door to door playing the rommelpot and singing songs for coins, fruit or candy.

See and listen to a young girl singing and playing the rommelpot:

Questions of attribution of the painting
Johannes Hage purchased this painting in 1908 as by the famous Haarlem painter Jan Miense Molenaer (1609/10-1668). The signature, JMolenaer on the barrel left, appears genuine to the age of the painting, however, the painting cannot convincingly be attributed to Jan Miense Molenaer. We therefore consider that the painting might have been painted by another painter called Jan Molenaer (II). We know next to nothing about him, only that he became a member of the Haarlem painter’s guild in 1684. Our current research will focus on this painter and the likelihood that he was responsible for the Nivaagaard painting.

An unidentified wax seal
On the back of the panel is a red circular wax seal showing a royal ermine mantle with a crown and inserted a shield with two crossed swords. The seal still needs to be identified, and we welcome any help. 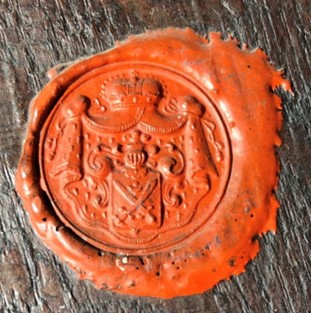 The text is an expression of the discoveries made at the time of publication. We reserve the right to make changes as new information from the still ongoing research project may occur.